Home Newsroom Recent spike in prices is likely a thing of the past, says NAFCU

Recent spike in prices is likely a thing of the past, says NAFCU 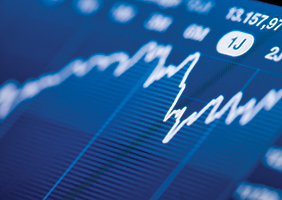 On a seasonally adjusted basis, overall consumer prices rose 0.5 percent in July, with the Bureau of Labor Statistics reporting the overall consumer price index (CPI) grew 5.3 percent over the 12-month period. In a new Macro Data Flash report, NAFCU Chief Economist and Vice President of Research Curt Long noted that "last month's deceleration in price growth is a welcome sight and supports the view that the recent spike will prove transitory."

"Among the other categories most affected by the reopening, airfare also dropped dramatically, although hotel prices continued to advance at a rapid pace," said Long. "The other category garnering attention is housing prices, which grew by the same 0.3 percent pace in July as in May and June. That number is elevated compared to its pre-COVID level."

Energy prices rose 1.6 percent during the month, following a 1.5 percent rise in June. From a year ago, energy prices were up 23.6 percent. Additionally, food prices rose 0.7 percent in July and were up 3.4 percent compared to this time last year.

"Due to the outsize share of the consumption basket, housing costs could prove to be a more durable driver of inflation going forward," concluded Long. "Nevertheless, the spike in prices over the past several months are likely a thing of the past. And while inflation will remain above the Fed’s 2 percent long-term target, it is unlikely to reach levels that would prompt a rate hike until 2023."