Study: CU tax exemption is critical for soundness of economy, saves consumers $15B a year 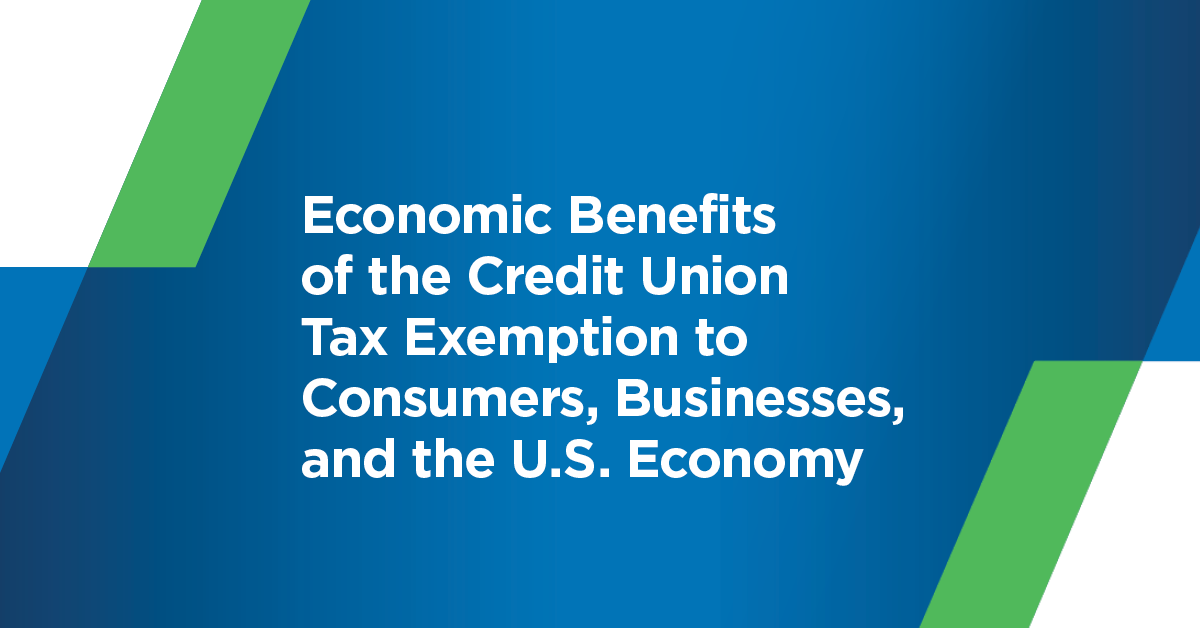 An independent study commissioned by NAFCU released today examines the benefits brought to consumers, businesses and the U.S. economy by the credit union federal income tax exemption. Specifically, the study found that removing the tax exemption status for credit unions would reduce tax revenue by $56 billion and reduce economic activity by $120 billion over the next decade, while eliminating nearly 80,000 jobs per year that span.

NAFCU President and CEO Dan Berger lauded the study's findings as evidence of the tax exemption's crucial importance to the American economy.

In their report, the authors noted the ways bank customers benefit from the role credit unions play in the marketplace. "The benefit of those better rate offerings extends beyond credit union members to bank customers as well, due to increased competition," they wrote. " The study found a 50 percent reduction in the credit union market share would cost bank customers an estimated $6.8 billion to $9.9 billion per year in higher loan rates and lower deposit rates. The total losses to bank customers under such a scenario totaled $80.7 billion over the ten-year period examined.

The study also found that the credit union tax exemption benefits all households – including both members and non-members – to the tune of $15 billion a year. Of note, direct benefits to credit union members from these lower rates range from $4.4 to $10.7 billion annually over the past ten years.

"These results match the findings from previous studies of the impact of eliminating the credit union tax exemption in Canada and Australia, where the number of credit unions was severely reduced following taxation," they continued. "Reduced competition for consumer financial services led to higher interest rates on consumer loans and lower interest rates on deposits in both countries."

View the full report. Learn more about how NAFCU is advocating for credit unions and their 125 million member on this issue.