Trump nominates Hauptman to NCUA Board 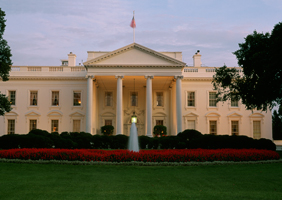 Hauptman is being nominated to replace Board Member J. Mark McWatters, whose term expired in August 2019 but will continue to serve until his replacement is confirmed.

"NAFCU has worked with the NCUA since its inception when advocating for the credit union industry's needs and appreciates the Administration for recognizing the importance of this position," Berger said in a statement. "We look forward to working with Mr. Hauptman once he is confirmed to ensure a healthy regulatory environment where credit unions can grow and focus their resources on serving their more than 120 million members.

"We would also like to thank Board Member McWatters for his many years of service on the NCUA Board and to the credit union industry. We appreciate his support of our efforts to modernize outdated regulations, reform capital standards, and make recent changes to the Central Liquidity Facility permanent."

Hauptman also served on the 2016 Presidential Transition Team, the U.S. Securities and Exchange Commission's Advisory Committee for Small and Emerging Companies from 2015-2016, and as policy advisor for financial services during Mitt Romney's 2012 presidential campaign.

The NCUA Board is comprised of three, Senate-confirmed members. Chairman Rodney Hood and Board Member Todd Harper were confirmed to the board last year. Hauptman's term would expire in 2025.

Back to Basics: Shopping for Settlement Service Providers (Part 2)