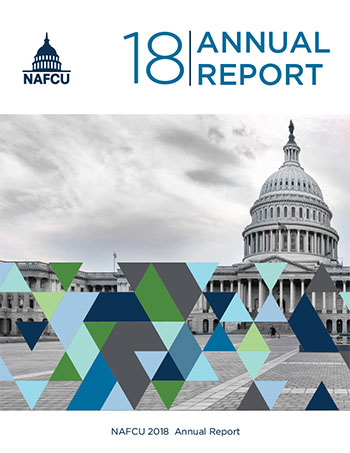 Despite headwinds that brought renewed attacks on the credit union tax exemption and called into question the industry's mission and structure, NAFCU persevered and at the close of 2018 landed higher than ever in our 52-year history. The association's record membership numbers, as well as the growth of our award-winning advocacy, compliance and education services and products, support the strength of our year-end financials.

This 2018 annual report provides an overview of NAFCU’s legislative and regulatory wins for the credit union industry during the year; the association’s award-winning compliance programs; new developments in education and training resources; national media attention; and the year’s financial results.