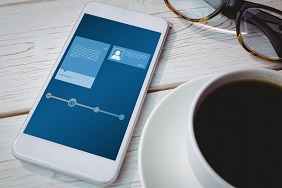 Last week, the Federal Communications Commission (FCC) released its fourth report and order regarding robocalls, which included several protections and corrections NAFCU has continuously advocated for in meetings with FCC commissioners and agency staff.

Through the report and order, the FCC requires that:

The FCC previously ordered service providers to establish a point of contact for call blocking disputes.

NAFCU has called on the FCC to protect legitimate callers and ensure consumers receive important, time-sensitive information. The association specifically asked for immediate notification to callers whose calls are erroneously blocked. The FCC declined to take up another NAFCU request – related to erroneous call labeling – at this time.

NAFCU has been advocating on these issues for over a year. Recently, NAFCU met with staff from the FCC Consumer Government Affairs Bureau and several commissioners' offices to discuss erroneous call blocking under the TRACED Act to offer recommendations on exemptions under the Telephone Consumer Protection Act (TCPA).

NAFCU – both independently and in coordination with other financial trade associations – has continuously urged the FCC to initiate a rulemaking to implement other provisions of the TRACED Act that require the FCC to address erroneous blocking or mislabeling of legitimate calls.

The association will continue its advocacy to ensure credit unions can contact their members regarding important, time-sensitive information, without fear of frivolous litigation.