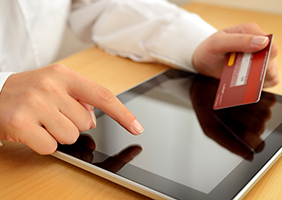 The Federal Reserve Friday issued a proposal to make changes to Regulation II – which covers debit card interchange fees and network routing exclusivity – that would clarify debit card issuers should enable, and allow merchants to choose from, at least two unaffiliated networks for card-not-present transactions, such as online purchases. The proposal does not make changes to interchange fee pricing.

"The Federal Reserve's decision to reopen Regulation II for comment, even for the purpose of 'clarification,' does little to aid American consumers who have yet to see the interchange promises of merchants realized in the form of lower prices," said NAFCU President and CEO Dan Berger. "Interchange caps introduced by the Durbin Amendment have only rewarded merchants who now want to distort the competitive landscape further by restricting credit union members' freedom to use the safe, affordable, and innovative payment options they want."

NAFCU also joined with several other financial services trade groups to oppose "any attempt to undermine the payments system at the expense of consumers."

The Durbin Amendment directed the Fed to regulate debit interchange fees in an attempt to prevent card-issuers from unfairly charging merchants with the expectation that doing so would protect consumers from higher costs. The Fed's proposal for Regulation II – the Durbin Amendment's implementing regulation created under a Dodd-Frank Act provision amending the Electronic Fund Transfer Act – is in light of information indicating that often only one network is enabled for card-not-present debit card transactions.

NAFCU has argued that the Durbin Amendment should be abandoned as it was supposed to benefit consumers with lower prices. However, there is no evidence that merchants have passed along their savings to consumers in the form of price cuts, and the regulatory burden and loss of revenue for banks and credit unions has led to industry consolidation and the difficult choice to charge for services that were once free, such as checking accounts.

North Dakota-based associations representing retailers recently filed a lawsuit against the Federal Reserve, arguing the Fed should lower the cap on interchange fees for debit card transactions. NAFCU is opposed to any efforts that would lower debit card interchange fees or extend price caps or routing and other restrictions to credit cards. With recent merchant activity on this issue, credit unions can visit the association's Grassroots Action Center that allows member credit unions to also voice their opposition to new interchange efforts to members of Congress.

In addition to the proposal to clarify network availability, the Fed also released a report on 2019 interchange fees. The report notes relatively stable interchange rates since Regulation II went into effect in 2011. It highlights that:

NAFCU will continue to advocate against efforts that would undermine credit unions' interchange income and limit their ability to offer their 124 million members affordable products and services.