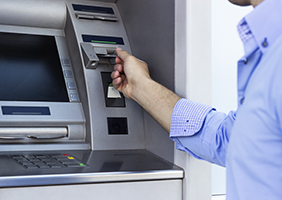 KrebsOnSecurity covered the exclusive story about the FBI warning and the follow-up story regarding Cosmos Bank.

The hack on the bank spanned two days and involved ATM withdrawals from more than two dozen machines in countries including Canada, Hong Kong and India. Cosmos Bank said the attackers did not access any customer systems, only those pertaining to the bank's operating accounts.

On Aug. 10, the FBI warned financial institutions of a worldwide expected ATM cash-out scheme. The agency issued a confidential alert to banks saying that cybercriminals planned to use cloned cards to withdraw millions of dollars from ATMs around the world.

NAFCU remains engaged with regulators and lawmakers to establish a strong national data security standard and ensure all entities that collect and store consumers' financial information are held accountable. The association has also shared with Congress principles credit unions would like to see addressed in any comprehensive cyber and data security legislation.