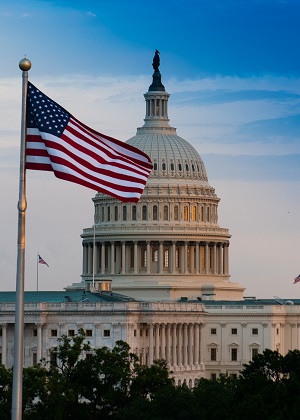 NAFCU's Virtual Congressional Caucus kicks off in a little over a month and the agenda is quickly filling up with notable speakers including, NCUA Chairman Rodney Hood and Federal Housing Finance Agency (FHFA) Director Mark Calabria. NAFCU has revamped this year's Congressional Caucus to ensure credit unions can remain politically active amid the coronavirus pandemic, although the event will no longer be held in person, the outstanding content attendees are used to is not changing.

See who's been added to the lineup:

The Virtual Congressional Caucus will also maintain its revered takeover of Capitol Hill, giving credit unions the opportunity to set up virtual meetings with their lawmakers and regulators. Amid the coronavirus pandemic, NAFCU's award-winning advocacy team has been hard at work to ensure credit union issues are addressed as lawmakers work on relief efforts. More on the association's advocacy.

"As election activity ramps up in the race to November and uncertainty around the economy persists, it's extremely important that the credit union message is shared with policymakers," said NAFCU Executive Vice President of Government Affairs and General Counsel Carrie Hunt. "Credit unions play a vital part in our advocacy amid the pandemic, and this year's Congressional Caucus enables attendees to virtually meet face-to-face with those who can enact change and provide credit unions and their 121 million members with much needed relief."

In addition, NAFCU President and CEO Dan Berger – in a message last week - encouraged credit unions to join the association in its advocacy during the event, citing the current uncertain political environment and economic outlook. Learn more and request Capitol Hill meetings here.

NAFCU has also put together a number of resources to support credit unions in these meetings, including its 2020 advocacy priorities, an infographic on the credit union difference, and pages dedicated to key industry issues.

Virtual Congressional Caucus will be held entirely virtually Sept. 14-15; see the full agenda and register now. Those who were registered to attend the in-person event have been automatically transferred to the virtual event. Stay tuned to NAFCU Today and follow on Twitter with #NAFCUCaucus for more updates on Caucus speakers.