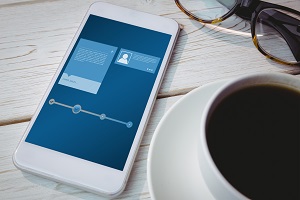 Kossachev made the request in a follow up letter to a meeting she had Oct. 23 with the FCC's Consumer and Government Affairs Bureau to discuss concerns related to the definition of an automatic telephone dialing system (ATDS) in light of mixed court decisions on the matter. During the meeting, NAFCU asked the FCC for an expanded exemption for data breach and fraud communications.

In the letter, Kossachev explained credit unions' concerns when trying to reach consumers who may have been affected by a data breach, including limited ability to use vendors for automatic account freezes and incorrect information to use email alerts. She asked that the exemption allow up to six communications over a one-week period immediately following the event.

In March, the U.S. Court of Appeals for the D.C. Circuit invalidated the FCC's definition of autodialer and rejected the commission's interpretation of when a caller violates the TCPA by calling a reassigned number. Similarly, the Second and Third Circuit Courts have adopted a narrower definition of the FCC's order. However, in September, the U.S. Court of Appeals for the Ninth Circuit expanded the definition of an autodialer, keeping it in line with the definition adopted by the FCC in its 2015 Declaratory Ruling and Order, which was invalidated by the D.C. Circuit.

NAFCU has called for the FCC to take a narrower approach to defining an ATDS to ensure credit unions can contact members about their accounts without fear of inadvertently violating the law.

The association remains in contact with the FCC as it works to address these issues.