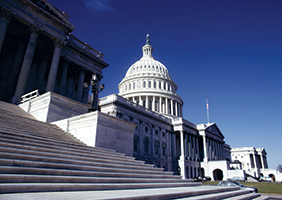 Last week, Sen. Elizabeth Warren, D-Mass., released a modified version of her comprehensive housing reform bill, the American Housing and Economic Mobility Act of 2019. NAFCU covered the introduction of the bill and its new requirements in NAFCU Today and further explained the changes in an email from Executive Vice President of Government Affairs and General Counsel Carrie Hunt to member credit unions Thursday. The association's scrutiny of the bill was also covered by Credit Union Times.

To continue helping credit unions better understand what this bill may mean for them, NAFCU has laid out an analysis to clarify that, while the updated legislation would not subject credit unions to Community Reinvestment Act (CRA) regulations, the bill would introduce new regulatory burdens via Section 204 for some community chartered credit unions and credit unions that seek to add underserved areas. NAFCU members may find the full analysis here.

The analysis discusses in part new requirements in the bill for federal credit unions that seek to add underserved areas; discusses how the statutory requirement of an unmet needs plan is more prescriptive than current rules; and discusses how the NCUA will be able to terminate the membership of a community credit union who does not fulfill its plan to reach all demographics in its community.

While NAFCU appreciates Warren for updating her legislation to no longer subject credit unions to CRA regulations, and makes improvements to the flexibility of credit unions to forgo physical service facilities in underserved areas, the association does not support additional constraints on credit unions.

While NAFCU believes the bill would have an uphill battle to become law, the association remains committed to standing by the credit union industry and will continue to share credit unions' concerns with Warren and her staff.