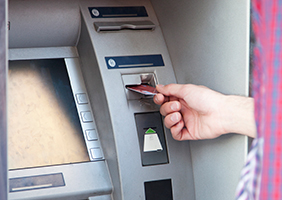 JPMorgan Chase has proposed to the U.S. Postal Service that it be allowed to offer financial services in post offices, according to a report from The Capitol Forum. Additional reports confirm the bank had "preliminary conversations" with the USPS about leasing space to place ATMs.

"Allowing Wall Street mega banks free-reign to solicit customers from community post offices would amount to nothing more than a power grab aimed at bolstering profits," said NAFCU President and CEO Dan Berger. "From their beginning, credit unions have stepped up to the plate to deliver financial lifelines to vulnerable communities. Policymakers should advance policies that allow not-for-profit, member-owned credit unions to serve more underserved populations."

NAFCU has long advocated against postal banking proposals and holds that credit unions already offer loan products and savings mechanisms for their members. The association argues that consumers are best served by institutions that can offer a full range of financial services and develop relationships with their members.

The House-passed version of the fiscal year 2021 financial services and general government appropriations bill included funding to establish a pilot program for postal banking, which NAFCU and other financial services trades advocated against. NAFCU has urged the Senate to not include such a provision in its spending packages.

The USPS has long faced financial challenges that have impacted its operations. House Speaker Nancy Pelosi, D-Calif., has asked representatives to return to Washington this weekend to consider legislation to address deliverability and service issues amid the coronavirus pandemic; the House Rules Committee is set to review the bill during a hearing tomorrow. The Senate Homeland Security and Governmental Affairs Committee is also set to hold a hearing tomorrow to discuss USPS issues.

NAFCU will continue to advocate against postal banking proposals and fight for all credit unions to be able to add underserved areas to their fields of membership to address these issues.