NAFCU, others reiterate opposition to adding lease provisions to NDAA 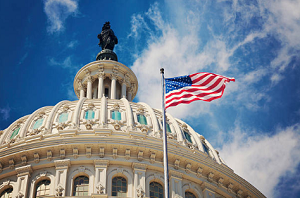 Though the Senate Armed Services Committee has announced it would delay the markup of the fiscal year 2022 National Defense Authorization Act (NDAA) until July and the House Armed Services Committee has indicated that they will not tackle their version until September, NAFCU has reignited its advocacy to keep changes to the lease provisions out of the bill. In letters sent yesterday to both committees, NAFCU reiterated the association's longstanding call to protect credit union nominal leases on military installations and prevent efforts to allow all banks to operate rent-free on military bases.

NAFCU consistently advocates against this bank-sought provision in the NDAA and has successfully kept it from being included over the past few years.

In the letters, the association joined with the Defense Credit Union Council (DCUC) and CUNA to explain that while banks argue for “parity” on this issue, “the fact is that banks already can obtain leases at a nominal cost.” In addition, the group touted the substantial difference between not-for-profit defense credit unions and larger banks, highlighting the credit union difference.

“As member-owned, not-for-profits, defense credit unions focus is providing quality financial services to our men and women in uniform,” stated the group. “This focus on the servicemember is evident whether it involves opening a checking account, obtaining low-interest credit, or learning how to properly save for retirement — defense credit unions proudly serve their communities while protecting against financial predators outside the gate.”

NAFCU will remain engaged with both the Senate and House Armed Services Committees as they consider the FY2022 NDAA to ensure this provision is again not included.

October 26, 2021 Add to Calendar 2021-10-26 14:00:00 2021-10-26 14:00:00 Reaching Out to Gen Z – Is Your Credit Union Relevant? Has your credit union been all about messaging to the millennial generation?  Well, get ready because here comes the next generation demographic - Gen Z, iGen or Centennials. Who are they and what do they want?  Will the same messaging in our efforts to reach millennials work for Gen Z?  In this webinar we will discuss this first generation born into the new century, how they differ significantly from their predecessor generation and the best way to communicate and interact with this demographic. Key Takeaways Discuss how marketers spent too much time trying to understand Millennials and didn’t pay enough attention to the next generation getting ready to finish college Understand that an “if we build it, they will come” approach will not work to attract Gen Z members Walk through mobile first strategies to attract Gen Z, the first generation of true digital natives Purchase Now$295 Members | $395 Nonmembers (Additional $50 for CD)One registration gives your entire team access to the live webinar and on-demand recording until October 26, 2022.Go to the Online Training Center to access the webinar after purchase » Who Should Attend? Chief Executive Officers Chief Operating Officers Marketing titles Education Credits CPA credit information is below; recommended 1.0 CPE credits. CPA Certification Credit Information Reviewer: Josie Collins, Associate Director of Education, NAFCU Learning Objectives:  See key takeaways Program Level: Basic Prerequisites Needed: None Advance Preparation Needed: None Delivery Method: Group Internet-Based Recommended CPE Credits: 1.0 credits Recommended Field of Study: Specialized Knowledge – Technical About Our Webinars Our webinars are streamed live from NAFCU headquarters near Washington, D.C. Your audio/video feed of the presenters includes presentation slides and downloadable handouts. You can easily submit your questions to the presenters at any time during the live broadcast, with no dialing over the phone! The audio and video stream directly through your computer. Web NAFCU digital@nafcu.org America/New_York public

Reaching Out to Gen Z – Is Your Credit Union Relevant?