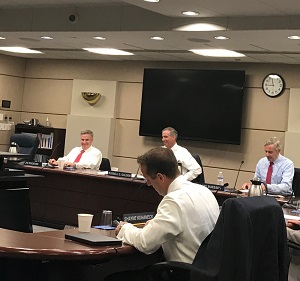 The Financial Accounting Standards Board (FASB) yesterday directed staff to draft a NAFCU-sought proposed Accounting Standards Update, which would delay the implementation date of the current expected credit loss (CECL) standard by an additional year – until 2023 – for credit unions.

"NAFCU will continue to advocate for credit unions to be exempt from this onerous and costly accounting standard as it could adversely affect credit unions' capital levels immediately upon implementation. More so, credit unions did not cause or contribute to the financial crisis or the poor lending conditions that led the FASB to consider a new standard," he added.

The proposal – open for a 30 day comment period – would also delay several other standards, including hedging, leases and future major standards, by at least two years from their original effective dates for credit unions.

During the NAFCU-attended meeting, FASB staff referenced a newly released CECL Q&A that aids in understanding the reasonable and supportable forecast. Staff also mentioned an upcoming engagement plan that would include a series of trainings across the county to help smaller institutions understand how to implement the standard.

NAFCU has consistently communicated credit unions' concerns about the standard to FASB and has met with the NCUA to discuss implementation concerns and the agency's approach to CECL examination. The association has resources available to credit unions as they prepare to implement the standard here.

The NAFCU Journal: Lowering the High Cost of Internal Fraud