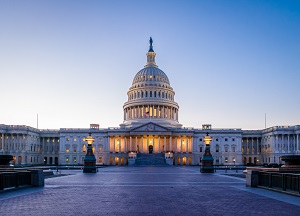 Senate Republicans Tuesday introduced a revised version of its "skinny" proposal for a Phase 4 coronavirus relief package. The revised bill includes NAFCU-sought language from S. 4117, the Paycheck Protection Program Small Business Forgiveness Act, to help simplify the Small Business Administration's (SBA) paycheck protection program (PPP) forgiveness process for loans $150,000 and under. NAFCU has continuously urged the SBA and Congress to simplify the loan forgiveness process for smaller loans and called for additional clarity on provisions related to the PPP that would be necessary to help streamline any future rules.

The revised “skinny” bill also includes additional funding for the PPP, liability protections for schools and business as they begin the process of reopening, and an increase in the weekly federal unemployment benefits through Dec. 27.

The Senate could vote on the revised bill as early as tomorrow.

NAFCU has continued to work with lawmakers to ensure credit union priorities are included in any final legislation and has previously called for automatic forgiveness for loans under $150,000 in a letter to the Senate Small Business Committee ahead of the committee’s review of the program and in a follow up letter directly to SBA Administrator Jovita Carranza.