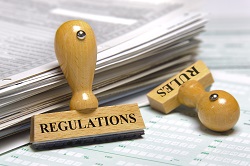 Administrative agencies – including the NCUA and CFPB – have released their spring regulatory agendas, which feature several items that NAFCU has been advocating for, as well as others that have already been introduced or included on previous rulemaking agendas.

NAFCU will provide a more detailed analysis of the rulemaking agendas on the member-only Compliance, Risk & BSA Network.