Report: Cyberattacks against C-suite execs on the rise 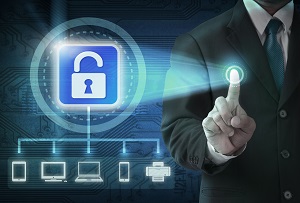 The "Data Breach Investigations Report," shows that the attacks on c-suite executives are financially motivated and conducted to obtain a company's most sensitive information. The report also revealed that 23 percent of the data breaches examined in 2019 were conducted by nation states, a 12 percent increase from last year.

An upcoming NAFCU webinar on May 30 will focus on cybersecurity insurance for credit unions where attendees will learn how to protect their companies against the escalating costs of data breaches and cyberattacks.

The webinar, scheduled to begin at 2:00 p.m. Eastern, will review best practices for selecting cybersecurity insurance policy, as well as:

NAFCU has long been active with lawmakers on the issue of data security and was the first group after the massive 2013 Target data breach to call for a legislative solution to reform the nation's data security system.