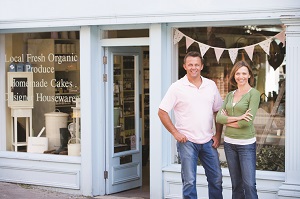 Following enactment of Phase 4 coronavirus relief provisions last week, the Small Business Administration (SBA) has released two new interim final rules (IFRs) to address changes to the paycheck protection program (PPP) made by the Economic Aid Act, as well as guidance for providing minority-, underserved-, veteran- and women-owned businesses with access to capital through the program.

Federal banking regulators, including the NCUA, are offering an interagency webinar for lenders Monday featuring officials from the SBA and Treasury Department to review:

Registration for the webinar, set to begin at 2 p.m. Eastern Monday, is now open. The agencies request that only two participants from each lending institution register to ensure broad access to the webinar. Questions for the Q&A portion of the webinar can be submitted in advance via email.

Since the PPP launched in April 2020 under the CARES Act, NAFCU has consistently advocated for additional guidance and resources to ensure credit unions could lend effectively through the program. The Phase 4 relief provisions related to the PPP included several NAFCU-sought items, including:

While the PPP portal has not yet reopened to begin accepting applications again, the SBA's guidance stated that it will only accept PPP applications from community financial institutions for at least the first two days of the portal reopening. There will also be dedicated processing hours for these institutions, similar to the initial rounds of funding.

Here are some key insights from the new IFRs: