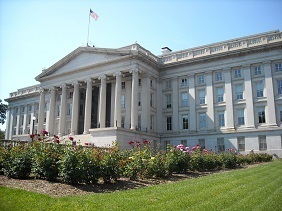 The Treasury Department has proposed a rule intended to smooth the transition away from the London Interbank Offered Rate (LIBOR) by addressing potential tax consequences. The proposal comes as a number of Federal Reserve members have warned about financial stability risks due to the transition.

The Secured Overnight Financing Rate (SOFR) was identified as the alternative to LIBOR by the Alternative Reference Rate Committee. As institutions transition from LIBOR to SOFR, the Treasury's rule would:

The proposal will be open for a 45-day comment period.

NAFCU will continue to keep credit unions updated on the issue and informed of resources to help with the transition. NAFCU Chief Economist and Vice President of Research Curt Long – in the newest edition of The NAFCU Journal – wrote an article focused on what credit unions should know about the LIBOR transition, including the adoption of the SOFR.