We’re talking new fraud trends with the Co-Founder and CEO of Sentilink, Naftali Harris. He shares insights about the latest attacks on credit unions, what new tactics are criminals using, and how we can prepare and protect our members. 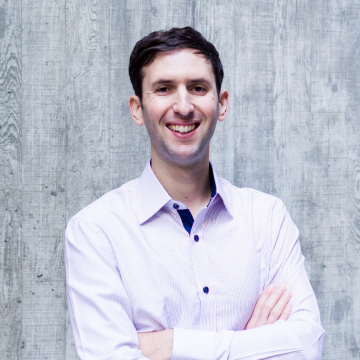 Naftali Harris is Co-Founder and CEO of SentiLink. Prior to SentiLink, Naftali was the first data scientist at the online lender, Affirm. While there, he built and led their Risk Decisioning team. Naftali graduated from the University of Chicago with a BA in statistics, and subsequently earned an MA in statistics from Stanford, where he was a Stanford Graduate Fellow. Naftali was named to Forbes’ 30 Under 30 list in 2020.

August 03, 2022 Add to Calendar 2022-08-03 14:00:00 2022-08-03 14:00:00 6 Criteria to Benchmark Your Credit Union’s 401(k) Plan About the Webinar Your retirement plan is a key tool for attracting, retaining and rewarding top talent—the talent that credit unions need to compete effectively. How does your plan stack up? A benchmarking report can provide insight into actionable items in areas such as fees, investments, plan design and best practices.  It can also help ensure you are meeting your fiduciary obligations as a plan sponsor. Join us on August 3rd as we explore the 6 criteria you need to know to benchmark your credit union’s retirement plan. Watch the Webinar On-Demand Web NAFCU digital@nafcu.org America/New_York public