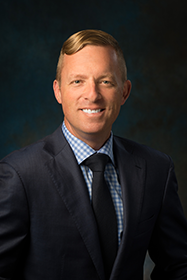 Leader in the M&A arena for credit unions

Should your credit union purchase a bank? It may be a way to expand into new business lines like commercial lending. Many small banks have strong community ties and know their members better than the larger chains. These strong relationships can be advantageous to the acquiring credit union. How can navigating cultures, managing regulations, retaining employees and members make this a viable option for growth?

Listen to Mike Bell talk about why CUs buying banks is such a hot issue.

Bell concentrates his practice at Howard & Howard in the areas of mergers and acquisitions, strategic planning, class action defense strategies, business law, and real estate. He represents financial institutions throughout the United States and has completed over 35 M&A transactions in the past five years. In 2011, he pioneered a new option for credit unions to achieve rapid growth with the first purchase of a bank by a credit union. In this space, he has completed all but four credit union purchases of banks and has become the nationwide leader and go-to legal adviser.