Over the weekend, we had a little incident.

I was at a friend's house with the family for a party. While we were chewing the fat upstairs, something happened in the basement.

One of the kids flew upstairs and said that Briggs was choking.

As you can imagine, my heart stopped. I flew downstairs to find my boy.

He was coughing, and his face was red. And he was scared.

While I wanted to scream, I did everything I could to calm him down.

I smiled and told him everything would be OK. Friends brought him a nice cool, wet towel. Another friend brought an inhaler to give him some medicine.

Slowly, but surely, he calmed down. And as he did, his breathing improved.

It turns out he was rough-housing with some friends, and he got close-lined in the throat. The pain caused him to panic. And things went downhill from there until we all helped him a bit.

Briggs is fine. He was eating ice cream within a couple of hours of the incident. But boy, that wasn't fun at all.

But it got me thinking.

Of course, Briggs was scared and panicked. That sensation was new and foreign. He didn't understand what was happening, or when it would stop. Or if it would stop.

My job was to calm him. To let him know I was there for him. 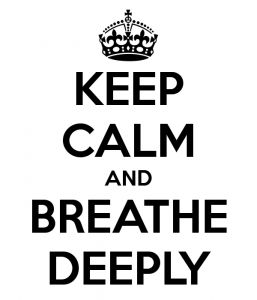 This happens at work as well. New managers or new employees encounter problems - sometimes big ones. Cool heads usually prevail, but it is hard to have a cool head when faced with a terrible situation.

We can help. We've been there before, perhaps. We know the way. We can help colleagues slow down and think. To cool down and work the problem.

And we can set an example. When problems arise, we can keep our cool and work the problem. It sets the tone for others to follow.

The problem:  Many credit union officials join the board or another committee to fill a void after someone else left. They are bright and eager, but they are entering unfamiliar ground. Suddenly, they are reviewing policies. Looking at financials. Approving strategic plans. Helping to set budgets. They know some things about credit unions, but they work or worked in a different field. We've heard it over and over again. Many officials never get the complete picture of our industry and their role and responsibilities.

The solution? There are many, but here are a few offered from NAFCU>

I hope you consider one of these for officials. Knowing the lay of the land goes a long way toward having sure footing!