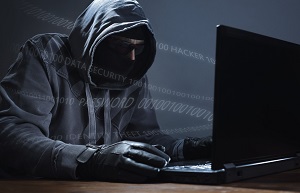 The Department of Justice (DOJ) announced this week that the U.S., in conjunction with international law enforcement authorities, disrupted a series of business email compromise (BEC) schemes that were designed to intercept and hijack wire transfers from businesses and individuals.

As a result of "Operation reWired,” $3.7 million was seized and 281 arrests were made.

“The Department of Justice has increased efforts in taking aggressive enforcement action against fraudsters who are targeting American citizens and their businesses in business email compromise schemes and other cyber-enabled financial crimes,” said Deputy Attorney General Jeffrey Rosen in a statement.

"Through Operation reWired, we’re sending a clear message to the criminals who orchestrate these BEC schemes: We’ll keep coming after you, no matter where you are," added FBI Director Christopher A. Wray.  "And to the public, we’ll keep doing whatever we can to protect you.  Reporting incidents of BEC and other internet-enabled crimes to the IC3 brings us one step closer to the perpetrators.”

Earlier this year, the Financial Crimes Enforcement Network (FinCEN) highlighted new efforts to combat BEC scams. Suspicious activity reports (SARs) have indicated that BEC scams led to more than $300 million stolen a month in 2018, more than three times what was reported in 2016.