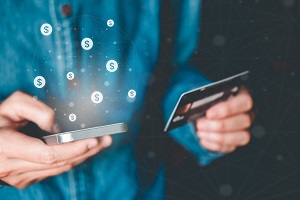 The U.S. Faster Payments Council (FPC), which will coordinate the remaining implementation work identified by the Federal Reserve's task forces to modernize the U.S. payment system, launched Tuesday. NAFCU served on the task forces since their inception in 2015 and also offered recommendations to strengthen the operating vision of the council.

The FPC, comprised so far of more than 20 members including companies such as Mastercard, VISA and Walmart, will work toward the goal of creating "a ubiquitous, world-class payment system that allows Americans to safely and securely pay anyone, anywhere, at any time and with near-immediate funds availability."

According to the FPC's announcement, over the next two years the council will work on:

A NAFCU webinar – available for free on-demand – explains the proposal to create the council and its goals.

NAFCU has been active in efforts to improve real-time payments and has encouraged the Fed, through meetings and letters, to play an operational role in a future, faster payments system.

Yesterday, NAFCU Regulatory Committee members were updated on Federal Reserve's proposal to create a new system to facilitate real-time interbank settlement of faster payments, an idea on which the Fed is currently collecting comments. NAFCU attended a Fed town hall meeting last month to discuss this proposal, which was issued during a NAFCU-attended forum with the FedPayments Improvement Community. Credit unions can provide comments via NAFCU's Regulatory Alert.

Navigating the LIBOR Transition as a Credit Union

How to Strengthen Your Credit Union’s Compliance Culture