Close
Home Newsroom NAFCU partners with DCUC, CUNA to defend CUs in NDAA

NAFCU partners with DCUC, CUNA to defend CUs in NDAA 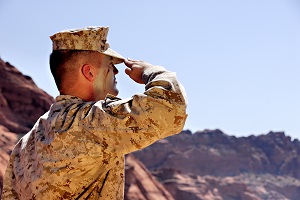 NAFCU, along with the Defense Credit Union Council (DCUC) and CUNA, again voiced opposition against the inclusion of a provision regarding bank leases in the fiscal year 2021 National Defense Authorization Act (NDAA) in a letter to the House Armed Services Committee. The provision – if included in the final version of the bill – could disadvantage credit unions as it would treat all banks, including large ones like Wells Fargo, the same as local, not-for-profit credit unions when it comes to nominal leases on military bases.

In the letter sent yesterday, the associations called on the House committee to once again “recognize the banker’s games for what they are – a charade to once again attack member-owned credit unions – and reject this provision in the NDAA.” The trades touted credit unions' efforts to provide servicemembers and their family members with affordable financial products and services and protect them from predatory institutions.

"Defense credit unions do not fear competition from banks, especially on base, as there can be an important role for both institutions to play," NAFCU, DCUC, and CUNA wrote. "But credit unions simply put our members first—ahead of profit. If banks want to be treated like credit unions, they need to start acting like them. Equal treatment needs to focus on service, structure and ethos, not increasing the bank’s profit sustainability. Our servicemembers deserve more!"

Ahead of the Senate Armed Services Committee’s markup of the FY2021 NDAA earlier this week, NAFCU Vice President of Legislative Affairs Brad Thaler reiterated the association's longstanding call to protect credit union nominal leases on military installations and prevent efforts to allow all banks to operate rent-free on military bases.  Although the Committee’s language for the Senate version of the bill has yet to be released, a summary of the package released yesterday indicated that the Committee has included language on this issue once again this year.

Thaler acknowledged that this is a complex issue but urged Congress and stakeholders to do what is best for servicemembers.

NAFCU will remain engaged with both the Senate and House Armed Services Committees as they consider the FY2021 NDAA to ensure this provision is again not included.

Insurance and Financial Wellness in a Medical Crisis