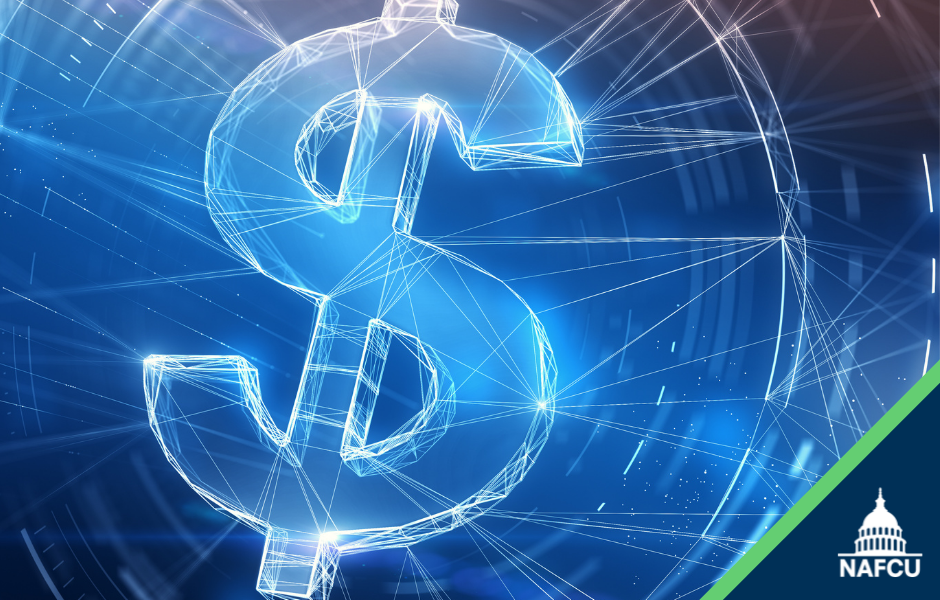 In the post, Baker noted that the highly anticipated order follows a “whole-of-government effort to harmonize digital assets’ oversight.” This order is also directed at various federal banking regulators and is intended to investigate the risks and benefits of digital assets through reports.

Baker pointed out that the order also focuses on a U.S. central bank digital currency (CBDC), a main topic in the Federal Reserve’s CBDC discussion paper, which the association has also covered in a NAFCU Network Insight Post.

Of note, the order requires Treasury to submit a report to Biden within 180 days from the release of the order that analyzes the potential implications of introducing a CBDC, any related threats, and impacts it could have on national security and financial crimes.

The post described the Biden Administration’s commitment to national security and international cooperation, as well as competitiveness abroad regarding a CBDC.

In addition, Baker concluded that while the order does not explicitly name the NCUA, it does state that “federal banking agencies” are to play a supporting role to Treasury and other larger agencies as the executive order takes effect.

NAFCU-member credit union professionals that are part of the complimentary network can engage in a conversation on this topic through the post. Comments and questions regarding the executive order or CBDC can also be submitted to NAFCU Regulatory Affairs Counsel Dale Baker directly via email at dbaker@nafcu.org. Credit unions interested in providing feedback on the Fed’s CBDC discussion paper should submit their feedback to NAFCU by March 31; comments are due to the Federal Reserve on May 20.

The association has also published a Digital Assets issue brief outlining the regulatory environment surrounding the early stages of digital assets’ integration into the broader economy; the document will be updated regularly as this topic evolves.

Learn more about the NAFCU Networks.