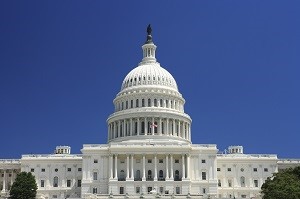 A Senate Commerce subcommittee held a hearing Thursday to examine an FCC report on robocalls and review the steps that Congress is taking to provide relief from illegal calls. Witnesses offered support for the Telephone Robocall Abuse Criminal Enforcement and Deterrence (TRACED) Act, S.151, which was introduced by subcommittee Chairman John Thune, R-S.D., and member Ed Markey, D-Mass., and discussed suitable definitions of "autodialer."

While NAFCU supports lawmakers' efforts to combat illegal robocalls, NAFCU Vice President of Legislative Affairs Brad Thaler warned the subcommittee against "hamper[ing] the ability of credit unions to make legitimate communications to their members." He also detailed NAFCU's support for a broad definition of an autodialer.

Thaler previously outlined additional changes credit unions would like to see in the TRACED Act related to the "intent" requirement for a TCPA violation, STIR/SHAKEN call authentication framework and correcting any unintended blocking by voice service providers.

NAFCU continues to work with the FCC on efforts to modernize the TCPA, and will monitor this bill as it moves through the Senate. The association has previously shared its concerns related to the definition of an autodialer and the need for clarity under the TCPA to ensure credit unions can contact their members without fear of breaking the law.