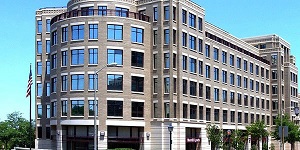 In a win for the NCUA and its 2016 field of membership (FOM) rule, the U.S. Court of Appeals for the D.C. Circuit denied a rehearing en banc in the case American Bankers Association v. NCUA.

"Today’s appeals court decision reaffirms what we already know: The NCUA's FOM rule is well within the agency’s legal authority," said Dan Berger, NAFCU President and CEO. "Unlike for-profit banks, credit unions do not have a history of engaging in discriminatory practices. NAFCU remains steadfast in our support of the NCUA’s FOM rule."

The appeals court three-judge panel decision in August was largely in favor of the NCUA on key issues in the lawsuit. After the appeals court’s prior ruling, NAFCU Executive Vice President of Government Affairs and General Counsel Carrie Hunt shared insights with members, noting that it strongly reaffirmed the Chevron Doctrine and the NCUA’s interpretations of the Federal Credit Union Act.

After the D.C. Circuit’s decision, NCUA Chairman Rodney Hood indicated the agency will phase-in the rule's implementation and will propose a rulemaking to address concerns related to eliminating the urban-core requirements for local communities based on core based statistical areas.

In March 2018, the D.C. District Court declared two provisions of the rule to exceed the NCUA's statutory authority, automatically qualifying a combined statistical area of fewer than 2.5 million people as a local community and increasing the population limit for rural districts to 1 million people. In October, the agency proposed a rule to address these concerns.