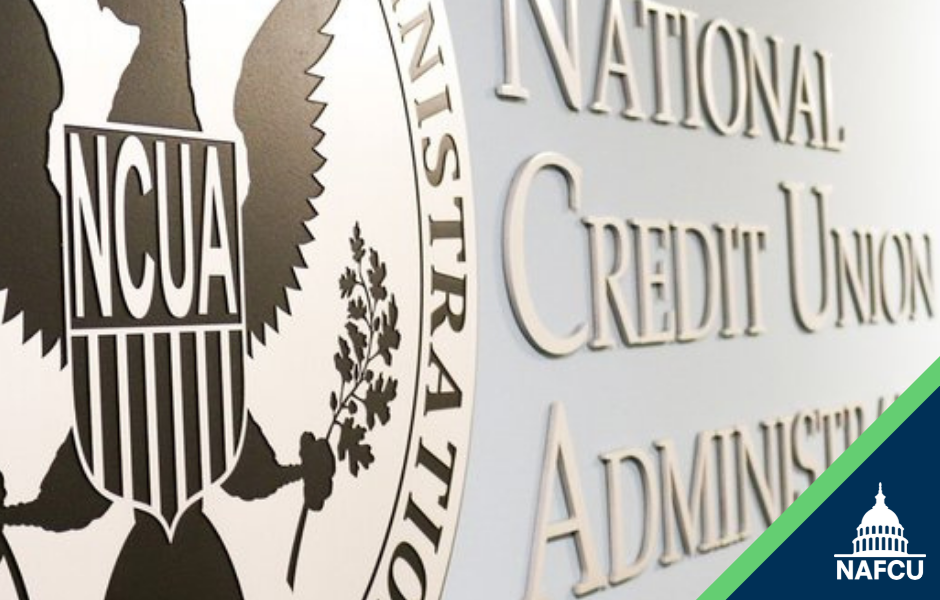 NAFCU’s Regulatory Committee met Tuesday and discussed several proposals that are open for comment from federal financial regulators, including the NCUA, CFPB, the Financial Crimes Enforcement Network (FinCEN), and the Treasury Department.

Attendees discussed the NCUA’s annual regulatory review in which the NCUA reviews one-third of its existing regulations. This year, the NCUA is reviewing Parts 700 – 710 of its regulations, including the agency’s rules on bylaws, as well as Part 701.36 on federal credit union (FCU) occupancy, planning, and disposal of acquired and abandoned premises and incidental powers. Of note, the $1.5 trillion omnibus spending package, passed earlier this year, contains the NAFCU-backed Credit Union Governance Modernization (CUGMA), which now awaits NCUA action.

NAFCU  recently called on the NCUA to amend its part 701.36 to reduce the requirement that credit unions occupy and use at least 50 percent of their premise, and instead require a minimum of 25 percent occupancy and use. Comments on the annual regulatory review are due to the NCUA on August 16.

Of note, the Committee discussed several FinCEN proposals, including:

The Committee also discussed NAFCU’s Regulatory Alert on the Treasury Department’s RFC on the responsible development of digital assets. The RFC seeks public feedback on the implications of the adoption of digital assets, such as a central bank digital currency (CBDC), and the changes that could be expected in the financial market and payment system.

NAFCU recently responded to a similar RFC from the Commerce Department, reiterating that the expected costs of a CBDC would outweigh the benefits and namely, that superior alternatives exist for accomplishing the same objectives. NAFCU first communicated these concerns to the Federal Reserve in a letter on the same topic.

In addition, the Committee discussed appraisals and automated valuation models (AVMs). The NCUA and other regulators included a proposal on AVMs in their spring 2022 rulemaking agenda.

There is no meeting scheduled for August. The Regulatory Committee will next meet during NAFCU’s 2022 Congressional Caucus on September 13.