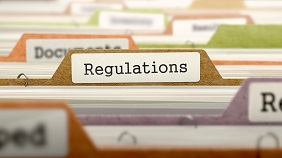 The Trump administration Wednesday released its fall 2018 agenda for regulatory and deregulatory actions; over the past two years, federal agencies have issued 176 deregulatory actions that have contributed to a $33 billion regulatory cost reduction. Obtaining regulatory relief for credit unions to ensure a regulatory environment in which the industry can thrive remains a top priority for NAFCU.

Of note in the various agencies' and departments' plans:

The association will continue to work with administration and agency officials to ensure credit unions' regulatory relief priorities are considered as federal agencies pursue efforts to reduce regulatory burdens.