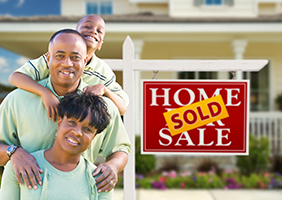 The Treasury Department's housing finance reform plan is well underway and could be released as early as this month, according to the Wall Street Journal. The article indicates that the plan would allow the government-sponsored enterprises (GSEs) to rebuild capital and be released from conservatorship.

"It will be a pretty heavy lift to the get the capital, especially in the ranges that people are talking about," said NAFCU President and CEO Dan Berger in the article. Berger recently met with the leaders at Fannie Mae and Freddie Mac to discuss housing market issues.

NAFCU is supportive of allowing the GSEs to rebuild capital, but recommends the Federal Housing Finance Agency allow the GSEs to submit capital restoration plans as allowed under the Housing and Economic Recovery Act – a provision that makes clear Congress envisioned a path to remove the GSEs from conservatorship. The association also believes that restoration plans shouldn't be approved until Congress has agreed to codify certain safeguards.

The WSJ reports that Treasury is working with the FHFA – the GSEs' regulator – as it prepares its reform plan. NAFCU has met with FHFA Director Dr. Mark Calabria several times to share the association's housing finance reform priorities.

Last month, Calabria said the GSEs would be released from conservatorship, but wanted Congress to first pass housing finance reform. He said the FHFA would wait "at least an entire Congress" before it released the GSEs from government control.

NAFCU will continue to lead efforts to ensure credit unions' unfettered access to the secondary mortgage market in any housing finance reform and that the Trump administration and Congress work together on a comprehensive solution.