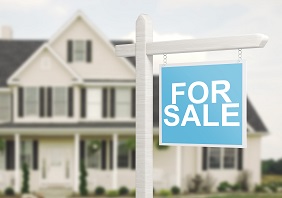 Federal Housing Finance Agency (FHFA) Director Dr. Mark Calabria indicated in a recent interview that the agency will propose new rules under the affordable housing requirements, which would replace the existing affordable housing goals and duty to serve plans. NAFCU has supported the government sponsored enterprises' (GSEs) duty to serve while raising questions about certain elements including the chattel loans pilot programs and will review the rulemaking closely.

NAFCU commented on the proposal of the GSEs' Underserved Markets Plans for 2018-2020 in December of 2017 and requested that the FHFA closely evaluate the GSEs proposals with regard to the regulatory activities laid out in their plans – including chattel lending and the purchasing of affordable housing and rural housing loans from small financial institutions.

Since the release of the reform plans, the FHFA has indicated it will re-propose a rule setting capital requirements for the government-sponsored enterprises sometime in the first quarter of 2020, released the GSEs' strategic plan and scorecard, and reached a deal with the Treasury to allow the GSEs to retain more capital. NAFCU testified before the Senate Banking Committee in March 2019 on the issue and continues to press for legislative action on these topics.