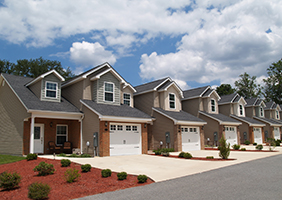 The Federal Housing Finance Agency (FHFA) Monday issued its 2019 Report to Congress – outlining efforts to ensure safety and soundness within the housing market and the government-sponsored enterprises' (GSEs) financial condition, as well as its response to the coronavirus pandemic – and a notification that it plans to re-propose minimum financial eligibility requirements for Fannie Mae and Freddie Mac Seller/Servicers.

While the FHFA planned to finalize the updated requirements in the second quarter of this year, the notification of re-proposal Monday said it determined "it is prudent to work with the Enterprises to reassess and re-propose these requirements, including incorporating lessons learned from the evolving COVID-19 national emergency."

According to the agency, the updated requirements intend to strengthen the government-sponsored enterprises' seller/servicer requirements, provide transparency and consistency of capital, and liquidity required for sellers/servicers with different business models.

In its Report to Congress, the FHFA details how it is working to achieve three goals that are aligned with its statutory requirements:

The report touches on issues such as the Federal Home Loan Banks, strategic plan for ending the GSEs' conservatorships – including the recently re-proposed GSE capital rule – London Inter-bank Offered Rate (LIBOR) transition, ending the practice of volume-based pricing, and more.

It also provides legislative recommendations, which the FHFA has provided before, including granting the agency authority to charter competitors to the GSEs, have oversight over third-party vendors, and set regulatory capital requirements for the GSEs. NAFCU has also advocated that Congress codify certain safeguards before removing the GSEs from conservatorship.

The GSEs Monday also made announcements related to ending their conservatorships: Fannie Mae hired Morgan Stanley and Freddie Mac hired JPMorgan Chase & Co. to help the them develop and implement recapitalization plans. The FHFA announced earlier this year that the agency hired a financial advisor – Houlihan Lokey Capital, Inc. – "to assist in the development and implementation of a roadmap to responsibly end the conservatorships of Fannie Mae and Freddie Mac."

In addition, the report includes a timeline of the agency's actions amid the coronavirus pandemic. The CARES Act allowed borrowers to request forbearance for GSE-backed, single-family mortgages, and the House-passed HEROES Act seeks to expand forbearance requests to all single-family covered mortgages, which NAFCU has cautioned against.

NAFCU has shared with the FHFA, Treasury Department and Congress its concerns about the health of the mortgage market and need for relief for mortgage servicers as forbearance requests have increased. The FHFA heeded NAFCU's call and is providing a four-month limit on advances of principal and interest payments for loans in forbearance sold to the GSEs, as well as allowing the GSEs to purchase mortgages in forbearance. The agency also announced a new payment deferral option that will allow loans to remain in the MBS pool.

NAFCU will continue working closely with the FHFA to ensure credit unions' priorities, such as maintaining unfettered access to the secondary mortgage market, are addressed in housing finance reform efforts.