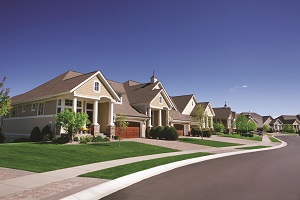 NAFCU's Ann Kossachev, along with representatives from other financial services and housing industry trades, will attend a meeting today with Mark Calabria, chief economist for Vice President Mike Pence. The meeting is an opportunity to discuss areas of agreement among the industry and the administration regarding reform of the government-sponsored enterprises (GSEs).

Ensuring credit unions have unfettered access to the secondary mortgage market and fair pricing based on loan quality – not quantity – in any housing finance reform efforts remains a NAFCU priority.

NAFCU has urged the administration and Congress to work together on a comprehensive solution to housing finance reform, and has argued that the continued conservatorship of the GSEs is unsustainable. The association has offered feedback on various housing finance reform proposals, including those put forward by the Federal Housing Finance Agency (FHFA).

The association has been especially active on housing finance issues:

NAFCU has previously shared its core principles for housing financial reform that should be included in any final reform measures with lawmakers and numerous officials in the Trump administration.